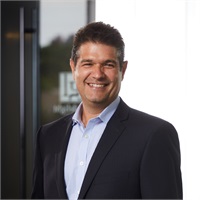 Gustavo Bustamante is a Senior Vice President and Wealth Advisor at Guidelight Financial. He graduated from Universidad Metropolitana (Caracas, VE 1992), earned an MBA in Finance from University of Tampa (2002) and a Financial Planning Certificate from Kaplan University (2006).

Gustavo has over twenty-five years of finance experience and in 2007 created Major League Tax & Financial Planning as an independent fee only financial planning firm, growing his business and reputation before joining Guidelight Financial in 2021.

When asked what inspired him to begin a career in the financial services industry, Gustavo replied:

“At the beginning it was numbers and statistics. I have always found these two subjects fascinating. But once I found out I can use my gifts to help clients and families get out of debt, start investing and build wealth, I knew I’d found the sweet spot where my abilities and passion intersect.”

Gustavo is originally from Caracas, Venezuela and has been married to his wife Carmen for 27 years. They have two children, Gustavo Enrique (GE) and Veronica.

During the late 1990’s Gustavo was a financial analyst for SOPRESA, a joint venture between POLAR (the largest private company in Venezuela) and PEPSICO. This company was responsible for producing and distributing all PEPSICO products in the country.

At the time, many news stories were being published over the possibility that Hugo Chavez could win the upcoming election, so Gustavo began to plan his family's future in case of this outcome.

In December 1998 Hugo Chavez won the election to become President of Venezuela.  Two months later Gustavo traveled alone to Treasure Island, Florida for an English course, leaving behind his wife and 8-month-old son.

After a few months, his family joined Gustavo in Florida. A year later he applied to the University of Tampa MBA program and was accepted.

After finishing his MBA, Gustavo and Carmen became even more concerned over the rapidly deteriorating situation in Venezuela. Carmen applied for another pediatric residency (a requirement to practice medicine in the USA) even though she had already completed one in Venezuela. The Driscoll Children's Hospital in Corpus Christi, TX sponsored her visa to enable her to work and earn her degree.

After these two master’s degrees and another American baby they decided to settle back in Florida where they have lived since 2005. In 2011 they became US Citizens.